If the Southeastern Conference Won't Act, Then Fans Need To

Let’s be frank: the SEC has totally dropped the ball and exhibits no interest in the fact that multiple schools just got screwed over by Florida.

I have no problem with Florida-LSU not being played in Gainesville. Let’s be honest, the weather in Gainesville wasn’t the issue. It doesn’t matter if it was 90 and sunny on Saturday afternoon. What does matter is that there are disaster areas close to Gainesville, the millions of people and businesses without power, the potential for not having drinkable water, the police and first responders needed elsewhere, and a highway system that will be packed with refugees returning to find out if they have a home left.

That’s why the game wasn’t played.

What the rest of the SEC should be taking objection to is the way that Florida pulled a fast one over on both LSU and SEC Commissioner Greg Sankey.

Outgoing athletic director Jeremy Foley coordinated an obfuscation ploy that completely blindsided the SEC, and made Sankey look like a short-sighted girl who got jilted by her prom date. Not because an act of God made the game into a logistical nightmare, but because Florida is giggling all the way to Atlanta if they pull this off and the cards fall right.

Florida CB Jalen Tabor was certainly aware of it, judging from his tweets during the Tennessee-Texas A&M game. CBS interviewed Sankey during the UT game, where he admitted the game “has to be played” and that Florida and LSU “need to come together” and make that game happen. 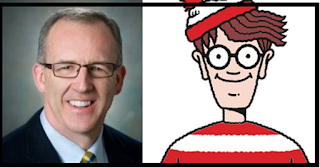 Then he disappeared faster than Where’s Waldo in Tokyo.

All of football knows that Florida was staring down the barrel of a potential beating at the hands of a re-invigorated LSU this weekend. That loss would have sealed Florida’s fate in the SEC East and given LSU a desperately needed SEC win — something Tigers fans know will be essential in the talent-stacked West. But Florida doesn’t want to face LSU’s offense right now (it set a school record for yards in a game against Missouri last week) and certainly not later, when Leonard Fournette rejoins the mix.

But if this game isn’t played at all? Think of the ramifications. Florida could back-door its way into the SEC Championship game, and LSU could jump one of four current candidates for Atlanta in the West.

Fact of the matter is that everyone knew for a week that Florida was the likely target zone for Hurricane Matthew. This game could have been moved to a neutral site days ago — Georgia Dome comes to mind — and the proceeds could have remained as they would have for a Gators home game. Or, conversely, as late as Wednesday night the game could have moved to Baton Rouge — where LSU had offered Florida their planes, their buses, lodging, and meals. LSU athletic director Joe Alleva basically begged Florida to come to Baton Rouge and Foley refused. Last year, LSU pulled the same feat off for South Carolina during the catastrophic flooding in Columbia— and gave the Gamecocks the gate.

Is there a more generous and understanding athletic department than LSU’s?

Certainly not in Gainesville.

But by hemming and hawing and stuttering through the first half of the week, Florida made those options impossible, thereby conveniently nullifying both the potential LSU loss and potentially the Vols’ victory over Florida in Neyland two weeks ago.

All that being said, if Vols fans are irate? Think about what’s going on in Tuscaloosa right now. Or College Station. Or Little Rock. The SEC East might not be as important to Sankey and his flunkies but the West certainly is. No one wants to annoy the seismic temper of the league’s primary cash cow, and Nick Saban is one hundred percent guaranteed to blow his top if this game isn’t played.

Right now, the rest of the SEC and its fans should be outraged — not because the game ‘could have been played’ in Gainesville, but because that game can be played on November 19 if either LSU or Florida is willing to make the concessions necessary to make that happen. South Alabama and Presbyterian can be paid off and meet each other instead, while LSU and Florida meet in Gainesville.

And the SEC needs to foot half those payouts, to compensate for the league being hoodwinked by Foley and a cagey Florida, giggling like Wile E. Coyote, Supergenius right before Roadrunner drops a boulder on his head.

So, time to drop the boulder.

There’s no need to be upset that the game wasn’t played yesterday. There’s every need to be upset that the SEC is letting Florida get away with such a transparent ploy to avoid the consequences for SEC losses. It doesn’t matter that UT has the tiebreaker. It doesn’t matter that Florida is almost guaranteed to lose 1–2 more games. What matters is that the SEC and Sankey were standing by silently while all this went down with fingers up their rears instead of exercising their authority over the situation and ensuring fair play for all SEC schools.

Today, there are allegedly negotiations ongoing between LSU and Florida and the SEC to schedule a make up date. I sincerely hope that's true, but in the end it doesn't matter. Greg Sankey has proved himself inept as SEC Commissioner in this matter from day one. Moving forward throughout the athletic year, that's not a good thing.

So it seems only fair after a week of not hearing from Sankey and the Southeastern Conference about this situation to turn things around and let them hear from us.

If the Southeastern Conference wants fair and equitable treatment for all SEC schools, now’s the time to prove it. And if they don’t want to? They deserve to be inundated with the outrage of fans from every single other school.

Pass those on to all your friends, from every SEC fan base. Express your displeasure. It doesn’t matter that the point will be moot in the end. What matters is that Florida disrespects the SEC and its opponents so much that they think they can get away with it.