The Redemption of Asphodel--Available Today! 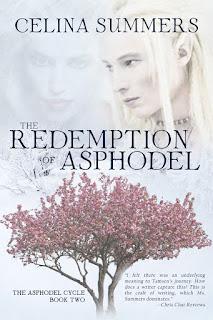 The second book in my epic fantasy series based upon Homer's Iliad--The Asphodel Cycle--has just been released! The Redemption of Asphodel is available now at Amazon, Smashwords, and ARE and will be available on other online retail outlets in the next few days, including iTunes.

This novel was originally published as The Gift of Redemption in 2008, when it was a Top Ten Finisher in the Preditors and Editors Best Sci Fi/Fantasy Poll, and was nominated for Best Fantasy Novel at Love Romances and More.

Aside from a title that actually goes with the other three books in the series, this is the one that received a more stringent editorial pass and is much better than the original version, speaking as an editor instead of an author. So I'm more excited than I probably should be, especially as this book is so important in setting up the sequel series The Black Dream, to be released later this year.

With Asphodel and the Elven Realm safe for a time, Tamsen de Asphodel dives headlong into the political turmoil. Her decision to wade into these shark-infested waters is complicated by the fact that she hasn’t yet regained her strength from the magic she used to defeat her uncle, Spesialle. On top of that, Brial is none too pleased that Tamsen’s pushing herself physically in the search for Ansienne’s new king—or with their best friend’s feelings for his wife. So when the Virgin Huntress sends them all on a new quest, Tamsen is haunted by the single question she must answer.

What gift can buy the redemption of the Elves?

In the end, Tamsen must determine if she has the courage and strength to give the right answer. 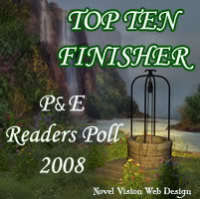 One of my favorite scenes ever is in this book--a scene that earned me a lot of reader emails back in the day and that was commented on by several reviewers.

...4 ½ tombstones. I loved revisiting the characters, and watching them grow – especially Tamsen – was a delight. Celina Summers really packs in the drama and love that was so evident in her first novel into this action-packed delight. There is a scene at the end that left me in tears..."--Bitten by Books

Never ever underestimate what Ms. Summers has planned next.

Ms. Summers creates battles that rival any historic saga.  Her leaders are precise and flawed.  Her heroes are worthy. Their sacrifices heavy.  They have learned that with every blessing from the gods there is a price to be paid.  What more do the gods/goddesses want from Tamsen? 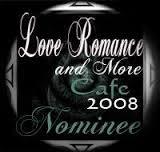 There have been times I have felt cheated when reading a fantasy quest…Ms. Summers never cheats.  Each of her books is packed with intensity and gentleness.  Still she leaves you craving more.While reading “Redemption” I felt there was an underlying meaning to Tamsen’s journey.  There is more to her adventure and battle, she is learning her own truth, her strength of being.  How does a writer capture this?  This is the craft of writing, which Ms. Summers dominates--ChrisChat Reviews

This novel is available in mobi, epub, and pdf. Grab your copy today, so you'll be ready for the release of Book 3:The Temptation of Asphodel when it releases on July 5!

Happy Reading! And as always, please leave a review!