Spring means different things to different people. For some people, it's about flowers and the days warming up. For others, it's baseball. In this house, it's football spring practice--and kittens. 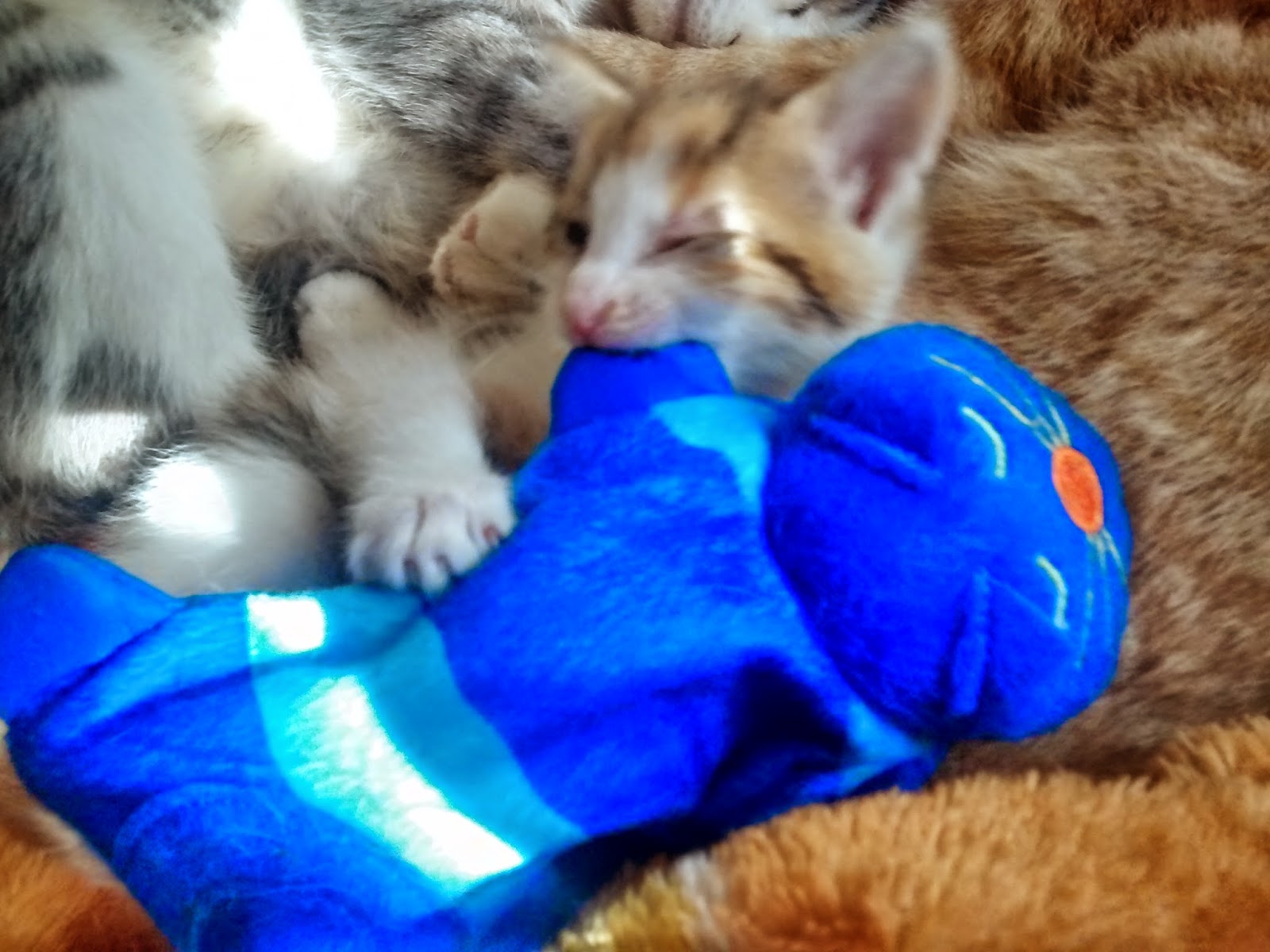 Yes, another spring, more kittens. Don't get me wrong--OUR cats are spayed \neutered. Well, except for Diablo, my polydactyl black cat. He's special. I rescued him three years ago as a wormy, flea-infested runt with six toes on each of his front paws. I will breed him at least a couple more times--polydactyl cats are lucky for us writers. So the spring influx of kittens isn't the result of negligence or lack of care in this house. No, We rescue abandoned litters and pregnant cats, and for the past couple of years people have been dumping their mistakes on our front porch.

Last year, we had six momma cats and their litters left on our hands. This year, we had four momma cats. One was dead when I opened the box, curled around her litter of seven newborns like she'd tried to keep them warm to the very end. Two of those kittens died, but the other five I bottle fed and are now thriving. 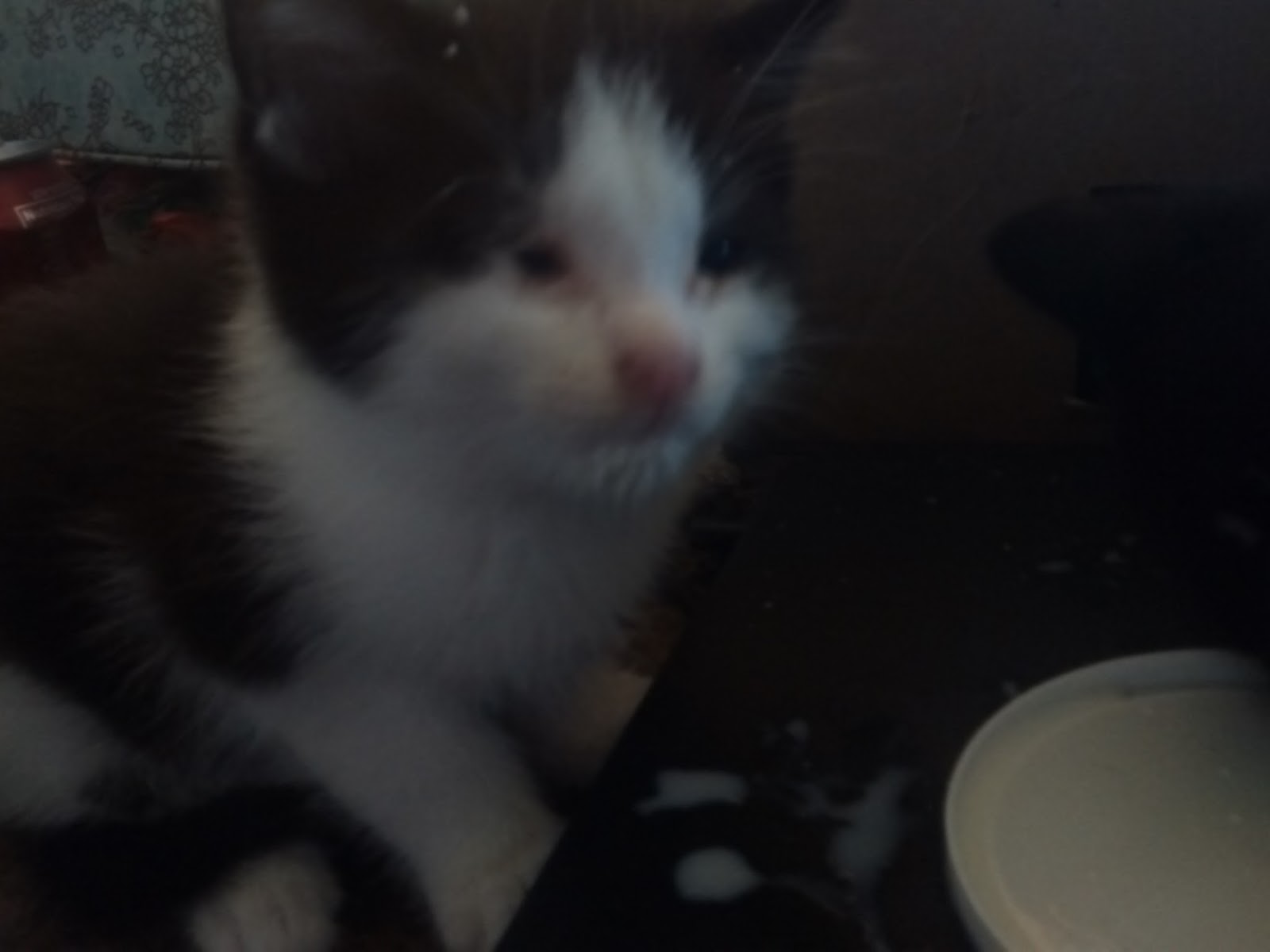 Usually, we've found homes for the kittens and kept the momma cats, getting them spayed and healthy. So we have lots of foster mommas for the abandoned litters, and that makes rescuing kittens a lot easier. All that being said, I have a hard time imagining that finding good homes will be easy this year. For one thing, we don't just 'give free to good home'. So many kittens end up as meals for snakes or bait in a dog fighting ring. We give these poor little things a lot of human interaction and care, and are emotionally invested in each baby we raise. So what we do is either charge $25 per kitten or defer that charge if we confirm that the new kitten's parents have made a vet appointment for their fuzzy baby.

Funny how $25, which is substantially less than what we probably invest in each kitten, will deter animal cruelty. People who think nothing of spending hundreds of dollars on a reptile won't spend a dime on that snake's food. Last year some guy showed up in response to our 'free kittens' ad and wanted to take all of them. Since I know from a firsthand basis that no one wants an instant addition of 11 kittens to their home, I had no compunction in turning him away.

How could anyone feed a snake a kitten?

I have no idea, But they troll the want ads for those 'free to a good home' kittens.

So, we require people to prove they have a good home. That's all.  Personally, I think the only good snake is a pair of shoes. Maybe a purse or a belt. But not a final destination for a kitten I've nurtured from birth onward. 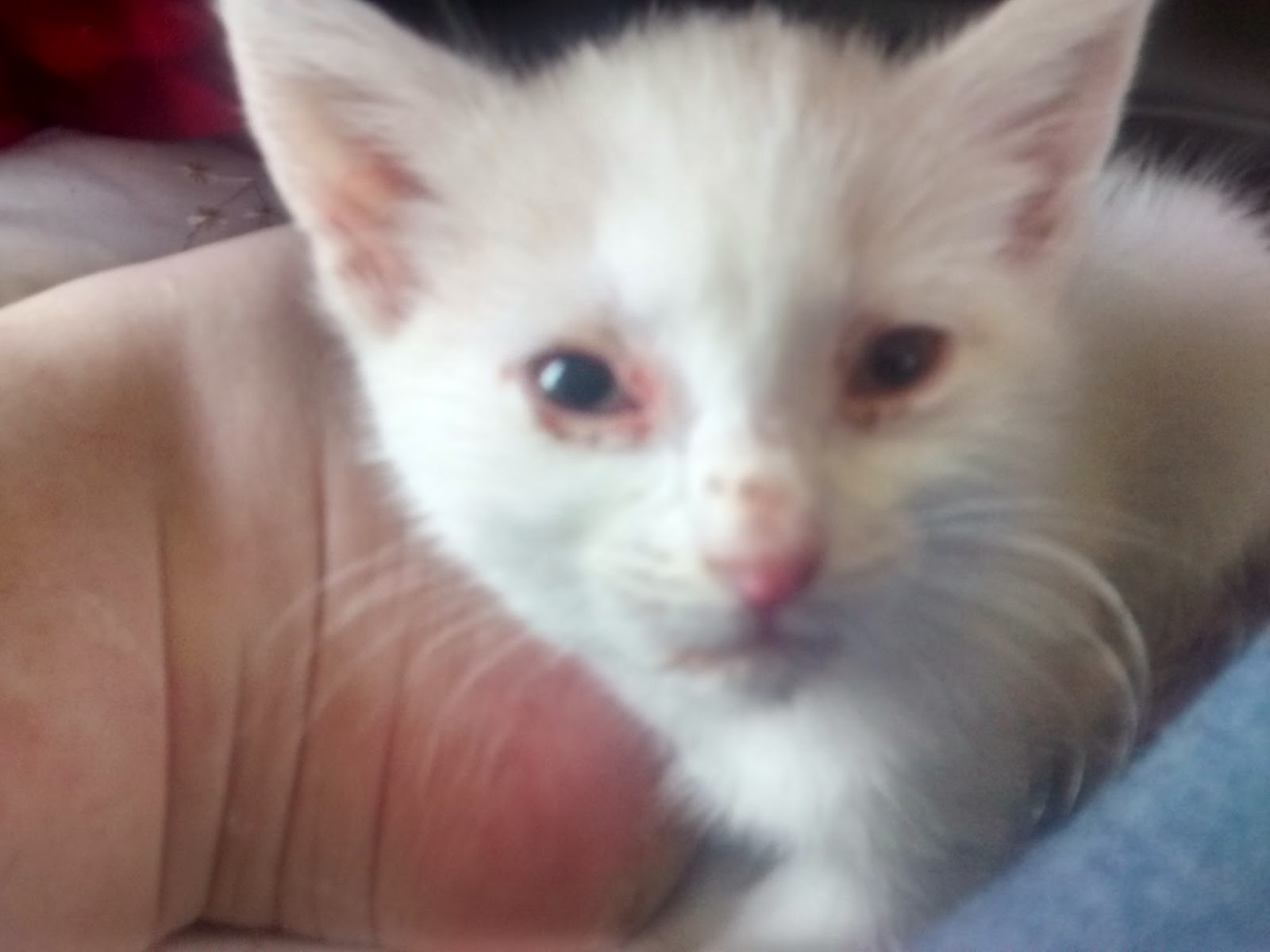 At any rate, this year I've decided to do things a little differently. For one thing, Shannon and I have been discussing building a catio for our feline family. We're already in the process of making a kitty wonderland in the basement, and a catio would benefit our geriatric cats in particular. We have six cats over the age of ten--Satan turned 15 last month--and those warm summer days would ease those old bones. Which, of course, means that we'll have to re-landscape out back to accommodate an access tunnel from the basement window, the deck, the pool, and my garden. Sounds like a lot of work. Good thing Shannon hates doing yard work or else this wouldn't be any fun at all. The first litter of kittens will be old enough to find forever homes in four weeks, so we'll need to knock that out fairly quickly. Fortunately, all those years of set building in theater will come in handy. I have an idea for a catio that can easily be expanded or moved but still provide security for the cats inside it.

Even started a planter full of catnip they can roll around in. Maybe with a shrubbery--or two, to make a path (a path! a path!)--we can avoid the ignominy of a HERRING!

*The management would like to apologize for the Monty Python backslide. We now return you to your regularly scheduled blog post* 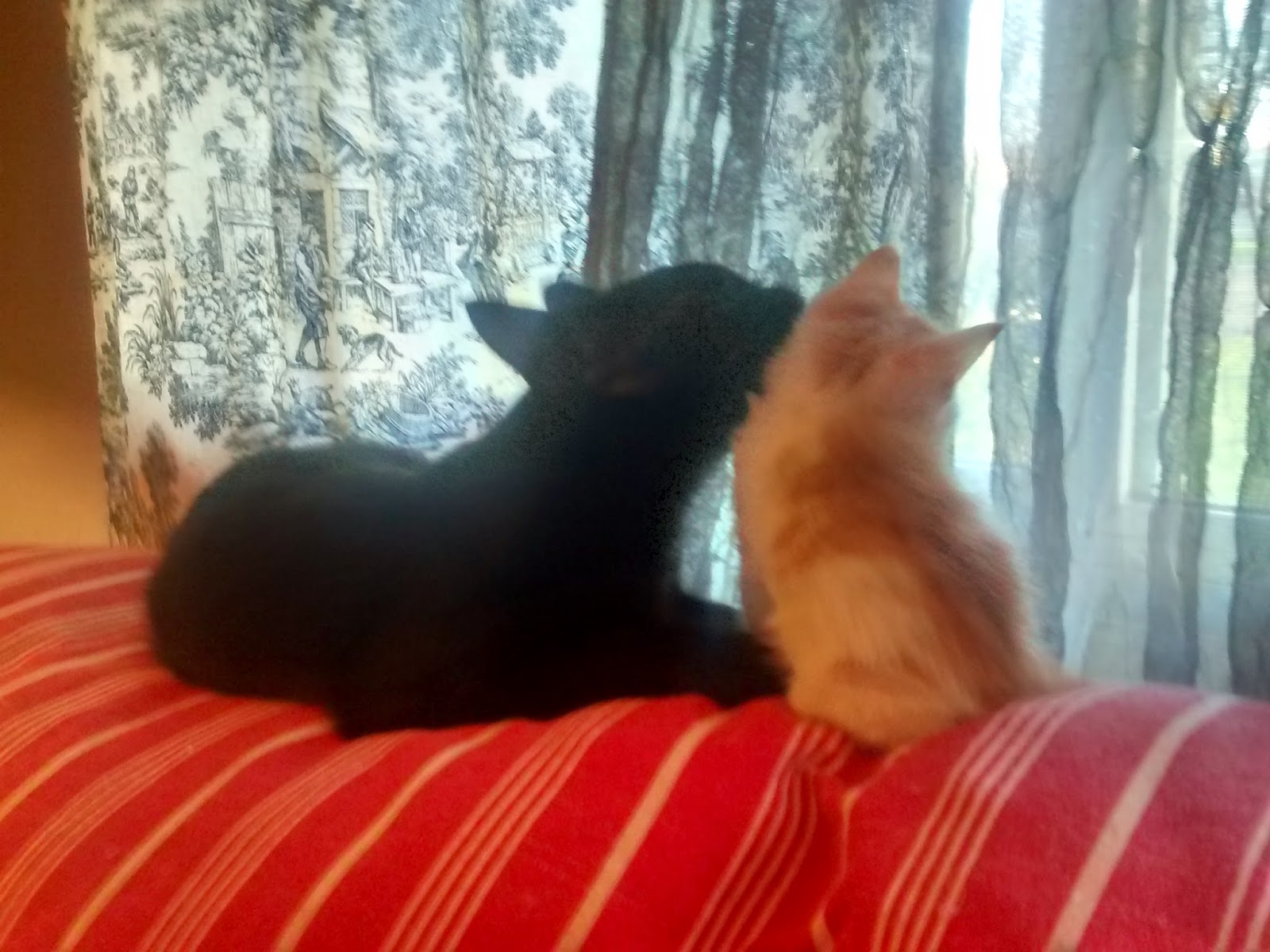 And I think this year, I'm going to create a website that will come up in internet searches for folks in the area looking for a kitten. I'll post pictures of the kittens and some character traits and as each kitten gets a new home, I'll take that picture down.

One of these days, if we win the lottery, I'd love to buy a huge plot of land in the country and create a permanent no-kill shelter and adoption center. That would be a wonderful addition to one's life story. But until then, as long as irresponsible people get cats and don't give them veterinary care, or keep them from situation where kittens could be created, I have a feeling that those cretins will continue to dump their problems on my front porch. So every spring, most likely, we'll have kittens to hand rear. When you help a kitten into the world, when you clean it up and give it to its mother, when you bottle feed it when it's so tiny it can fit in the palm of your hand, you're creating a human bond with that little life. Hand-reared cats trust humans. They like to be held, to play, to cuddle. They are well-behaved and reciprocate the affection they are shown. Anyone who's been to our house knows that when the front door opens, the cats big and small all run to the door to greet whoever comes in. And these kittens will do the same, because all they've ever known is human kindness--despite the fact that they were abandoned by humans when the snow was deep and the temperature low.

So in the Summers household, spring means...kittens. That's all for now--those litter boxes won't change themselves, and there's an itty bitty kitten looking up at me from the nest with her siblings to let me know that it's time for her bottle. 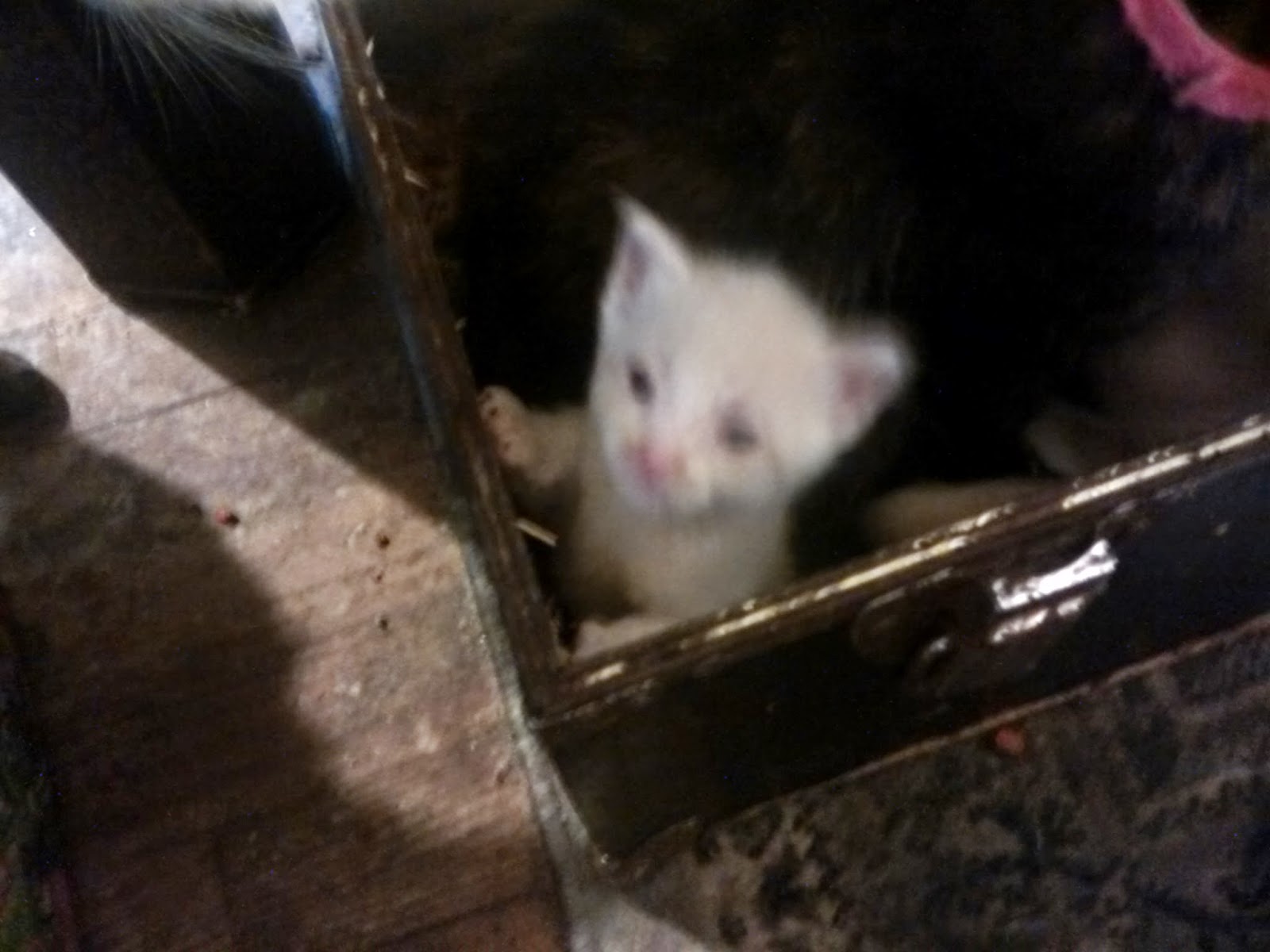